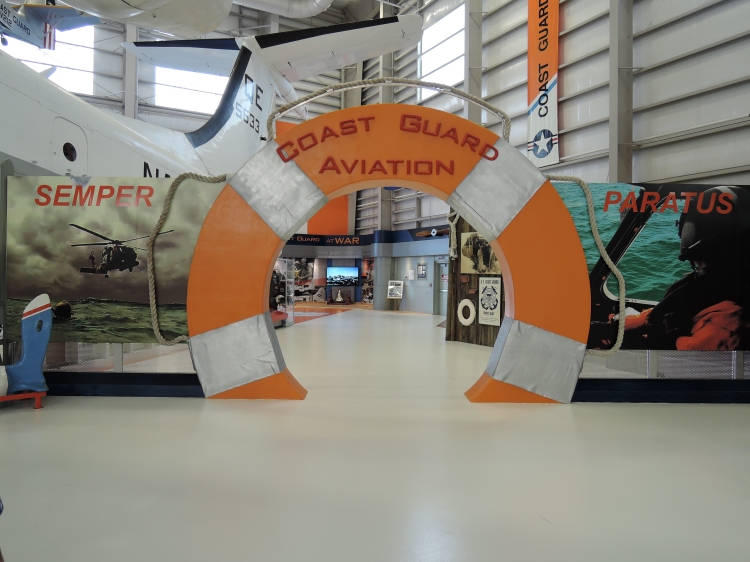 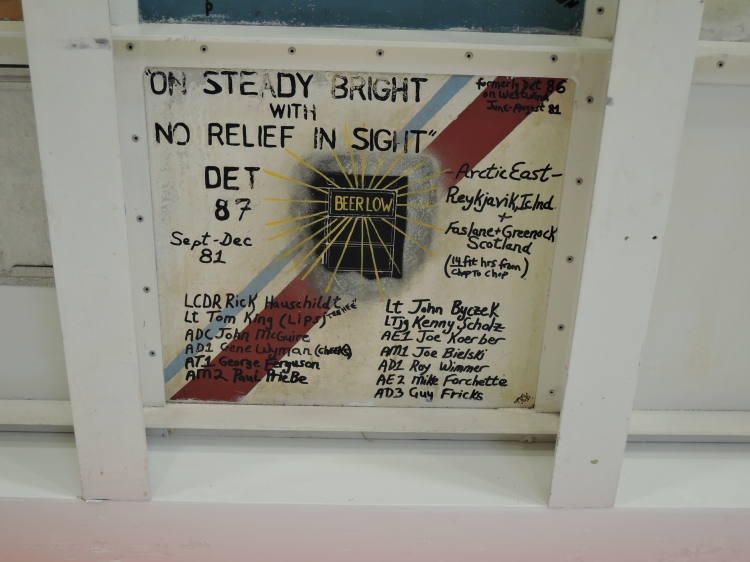 One of the highlights is part of the bulkhead of the decommissioned USCGC Northwind, an icebreaker that operated in the Arctic and Antarctic between 1945 and 1989.

Sections of the ship’s hangar bulkhead were painted to represent each detachment deployed on the ship, including the one tasked in 1986 with reestablishing a herd of musk ox in northwest Greenland.

Impressive depiction of a musk ox, if you ask me.

The exhibit covers the bases from HITRON to Search and Rescue. Each has a video with it that’s sure to make any 10 year old want to join the Coast Guard. I’d call that mission accomplished for any museum exhibit.

But maybe what’s most fun of all was learning last weekend that Brian’s officially been selected to fly helicopters for the Coast Guard.  That’s pretty exciting news for someone who started wearing his Fly Sikorsky shirt at age 5.