Dragons might not actually be real, but there’s still a lot of impressive (and real this time!) new research coming out. I mentioned weather thwarted the work I was scheduled to do in Antarctica this past season. It’s not all that unexpected when it comes to operating in Antarctica, but luckily our group typically manages to beat the odds in order to collect a lot of data.

Although this season was a downer, the science continues back in Texas. About two weeks ago, a member of our team got some pretty substantial press about a recently published paper which I’ll try to describe here. Our work this past season was expected to contribute more observations to allow for a future extension of this study (in addition to lots more information for other science).

Our field team, with a rotating cast season to season, collects data using a suite of geophysical equipment. We collect ice-penetrating radar which can see inside the ice and map out the bedrock below, altimetry which maps the surface of the ice, and gravity and magnetic measurements which indicate properties of the rock underlying the ice.

The work mentioned above was primarily authored by Jamin Greenbaum, a PhD student in our research group at the University of Texas Institute for Geophysics. The study pertained to Totten Glacier, East Antarctica’s fastest thinning section of ice. Before now, it wasn’t known what was causing Totten to thin, especially so much quicker than other East Antarctic glaciers. 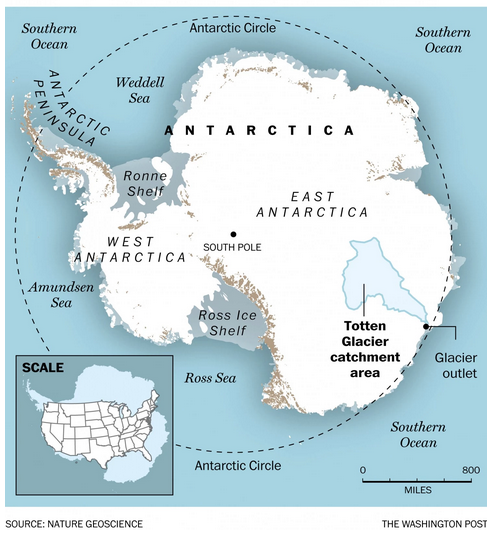 This study found that deep valleys lead from the Southern Ocean to underneath Totten Glacier in East Antarctica. Previously, these valleys were thought to be filled up with ice. But based on evidence from gravity and radar measurements, we now think the ice here is floating on top of ocean water. These valleys therefore allow warm sea water to penetrate beneath the ice and melt it, resulting in overall thinning of the glacier.

To give you a sense of scale, if all the ice in the Totten Glacier catchment melted, it would raise sea level by 11 feet. That’s about 1 foot more than if the West Antarctic ice sheet melted, which is what I’m studying.

Of course, the thing to remember about sea level is that the oceans really aren’t level; the gravity of land masses draw more water to them, so sea level rise is disproportionately higher in the Northern Hemisphere, where most of the land mass is (and therefore where most of the people live). When we quote numbers for global sea level rise it’s most often an average value of how far sea level would rise if we filled up the oceans evenly like a bath tub. 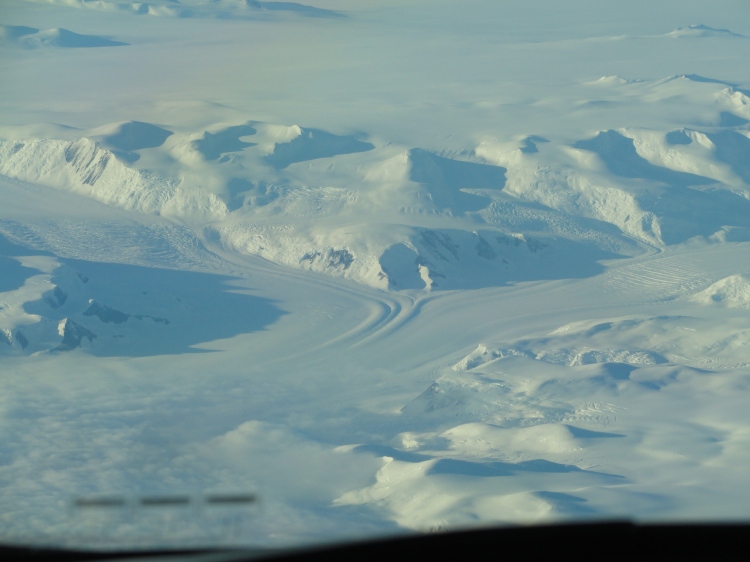 It would take centuries to melt all of the Totten Glacier catchment, but it appears as if once this melting of Totten has really gotten going, it may be irreversible and the associated sea level rise could be unavoidable. That’s why it’s so important to understand now what may happen in the future as a result of the current state of things. This work is also important because it identifies a potential source of previously-unaccounted-for water that rose sea level by 350+ feet during past warm periods in earth’s history, which helps us to piece together how the earth system is all connected.